Using Matterport 3D Tours to Showcase Before & After Housing Renovations

As a London-based Matterport Service Provider we wanted to share with you how 3D scanning technology can be used to showcase housing renovations. 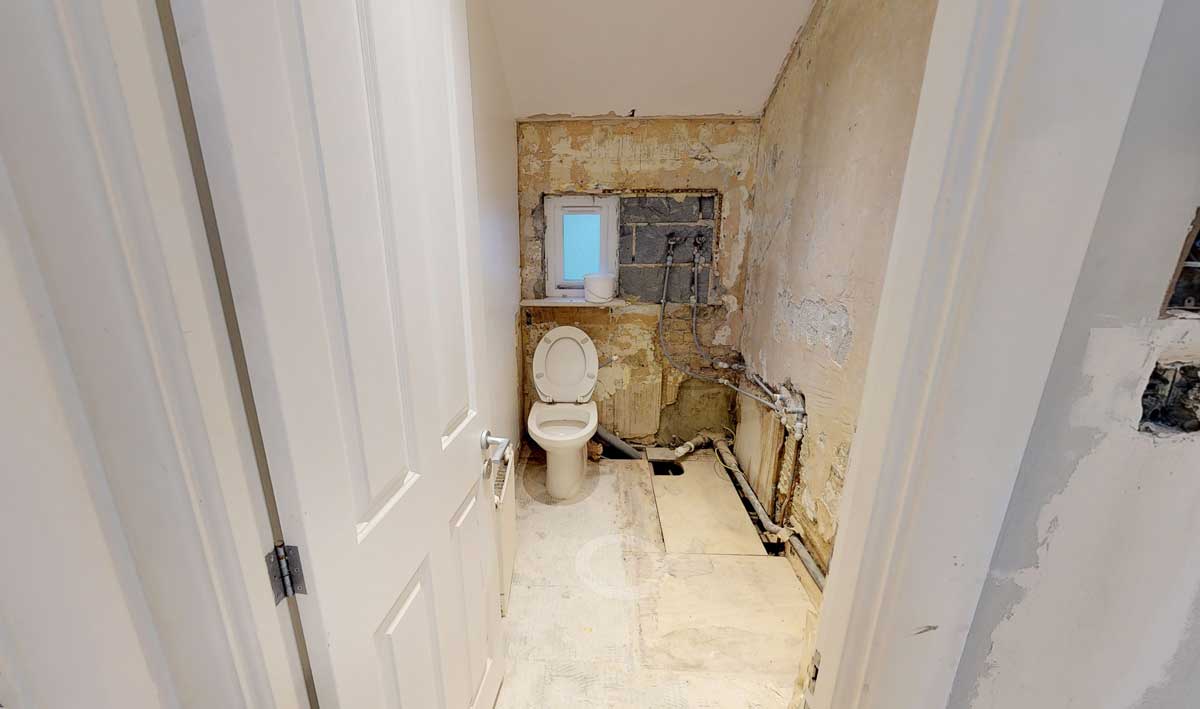 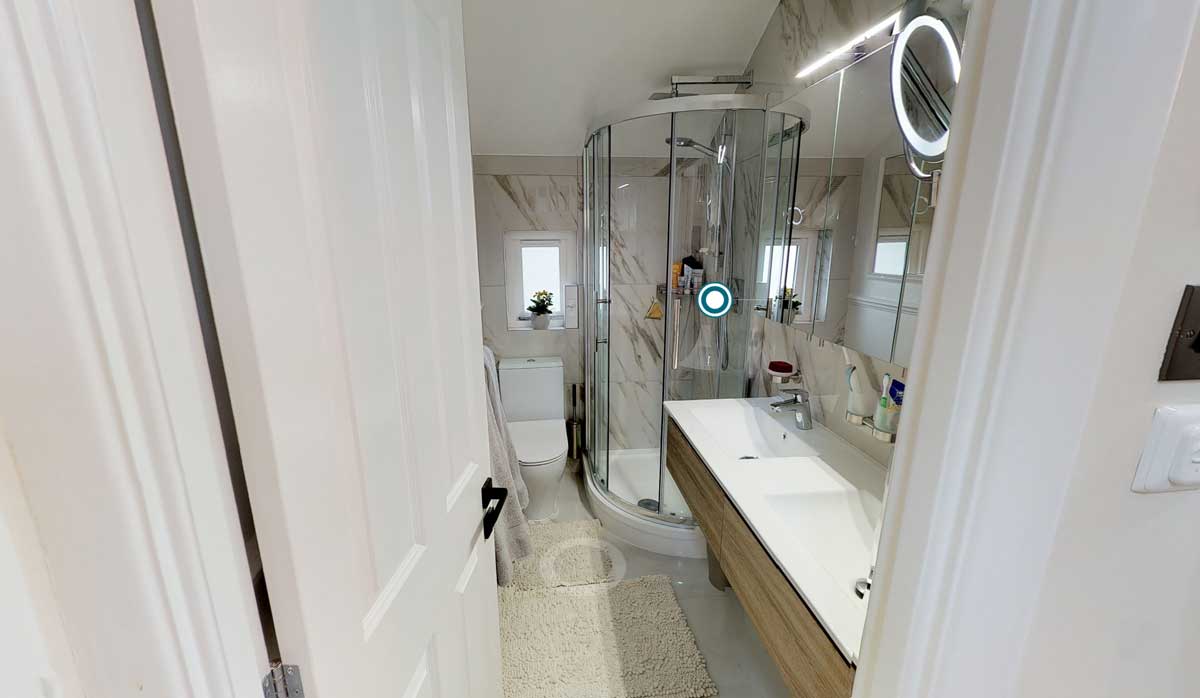 This 2-bed London flat was bought for around £468,000 and sold for £575,000 with a £50,000 renovation budget which including ripping out and gutting the bathroom, installing a 2 bowl sink and shower cabin.

In the kitchen the boiler was relocated from an impossible position and housed above the sink for safety. 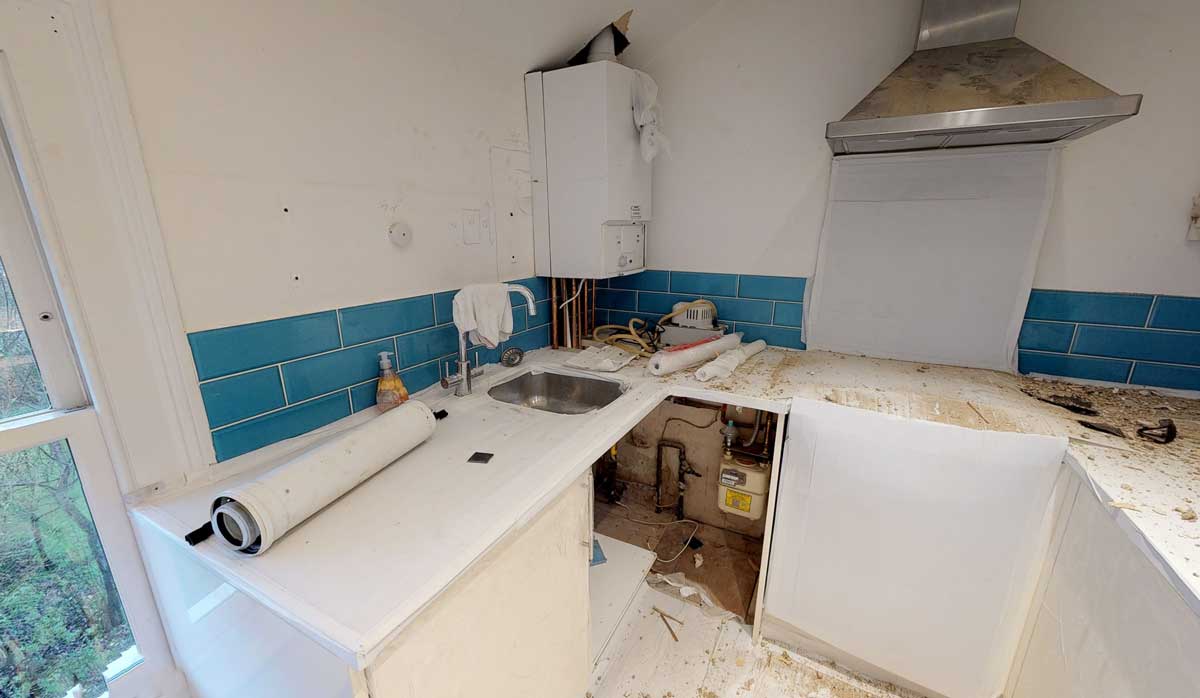 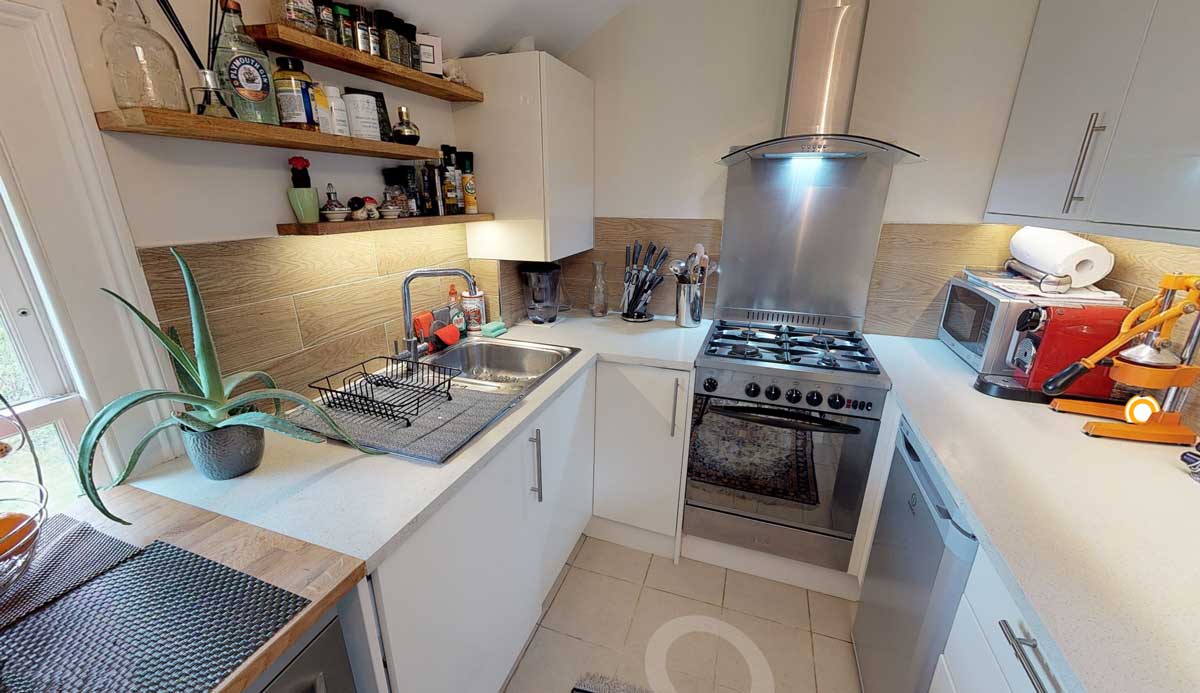 You’ll see in the tour that the upper floor had no character. The pillars with dark wood panneling were added along with two shelves in either corner also to give it more of an entrance. The dark wood is themed throughout including the table, the crocodile skinned bench and the draws in the wall. 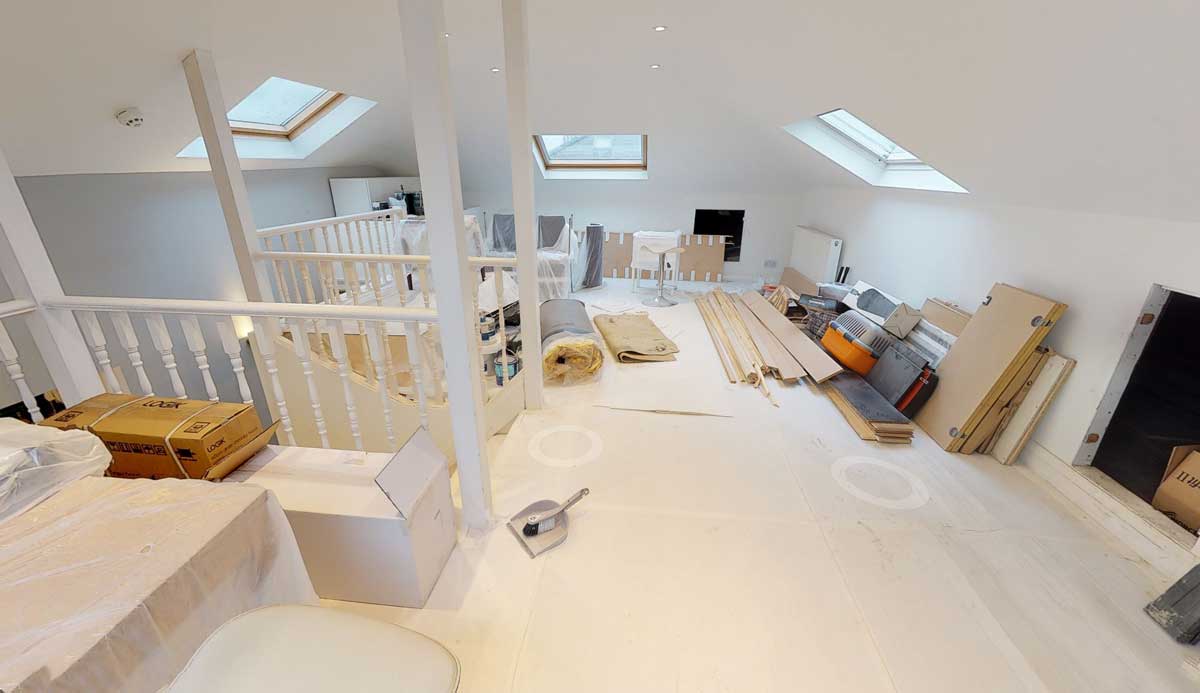 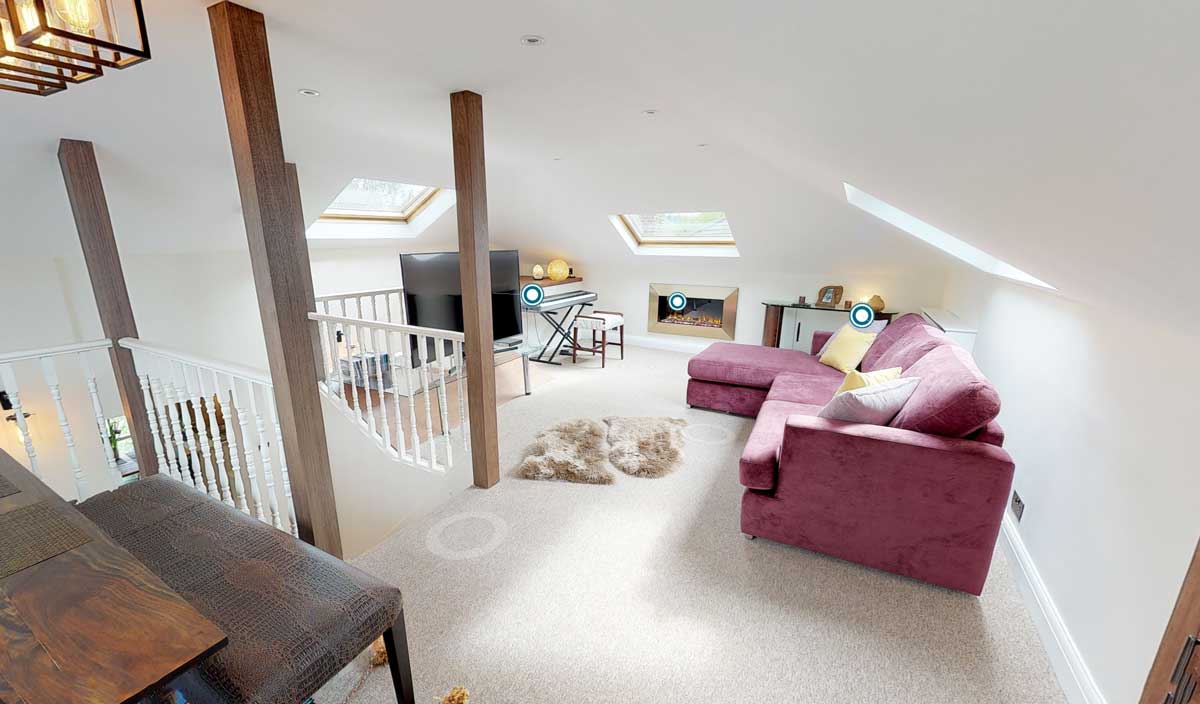 What is not shown in the scan are the eaves that run through the walls upstairs. A great way to maximise this space is to buy 2 cheap chests of drawers (These were from Oxfam, for less than £100) and have them fixed into the eaves but made accessible from the outside. 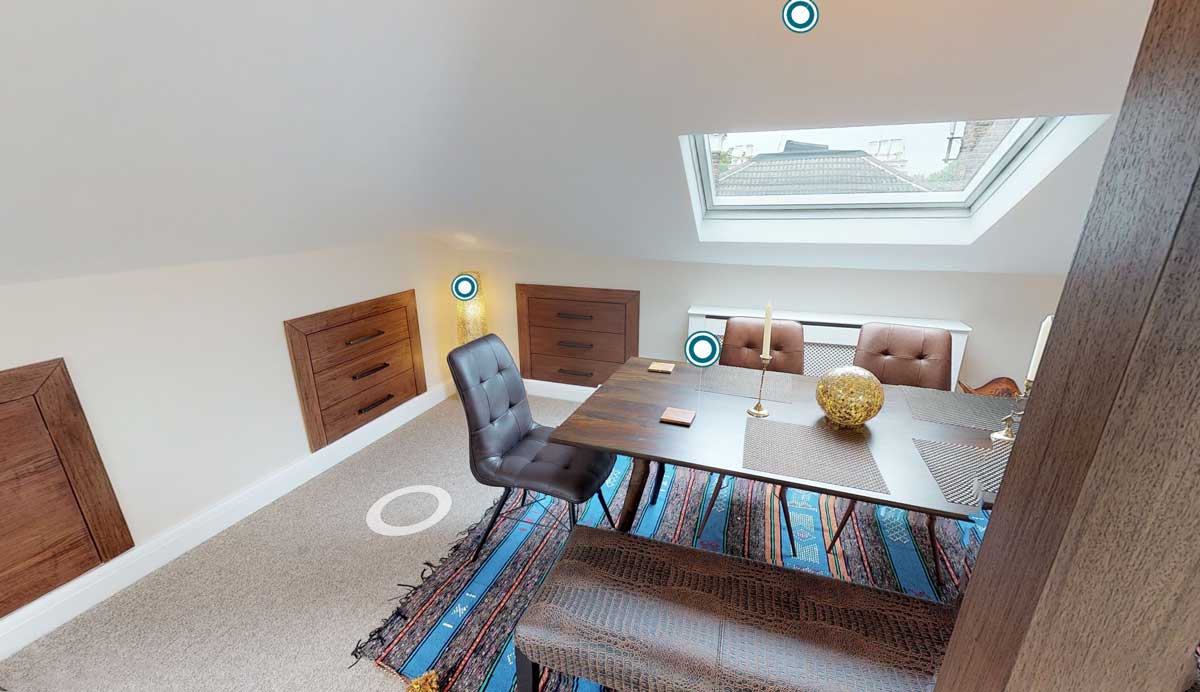 Get the right trades

Your builders will need to be rather savvy with this and it took some persuading, but the team did a terrific job. If you’re doing a house renovation in London we can recommend the builders that did this job, they were terrific.

How do I show Before & After Housing Renovations?

The first 3D scan of the flat is mid-construction where you can see the amount of work needed. After the renovations were complete we scanned again, downloaded both walkthrough videos and mashed them together in Final Cut Pro.

The footage is edited so it will fit into a one minute instagram video on our page.

How much would it cost for a Matterport Virtual Tour Before and After?

For a space like this up to 90m this would cost you circa 190 GBP. That would include two visits and two scans capturing both the before and after. We would provide you with the video, 4k images etc.